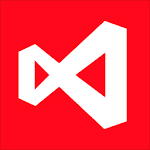 I've been meaning to learn some basic app development for quite a while now, but I never really get around to do it. I kinda need something specific and usable to get the motivation, rather than just doing "Hello World" examples. Now I'll try once again, and this time, for no particular reason, I've settled on Windows Phone 8.

I started by visiting Windows Phone Dev Center to figure out what I would need. And this is where I got the great idea to use a virtual development environment. I already use Vmware for some virtual machines, when testing some things, so Hyper-V was kinda out of the question, as installing Vmware and Hyper-V side-by-side was somewhat of a no-go. Well, it could be done, as I gathered, but I wouldn't be able to run 64-bit guest OS in Vmware then. I wasn't interested in that.

A bit of Google-fu turned up this article on the Nokia Developer Community. Essentially you just create a virtual machine in your Vmware and enable Hyper-V for the virtual machine. This is especially handy if you're using a Mac OSX computer, as the same procedure goes for Vmware Fusion.

I get everything installed and finish my first (MiniBrowser) project. But when I try to test it, I get compatibility errors, and the virtual Windows Phone emulator doesn't start. Hmmm?