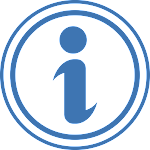 The new site uses WordPress as backend with my own theme (mostly inspired by PHP.net design) and some added/modified features.

The obvious advantages ofcourse are
Some of the disadvantages I see in such a system are
Yes, I listed customizability as both an advantage and a disadvantage; because the system is highly customizable within it's own framework, but sometimes you have special requirements for some parts of your site that is outside the framework. To make it work still I just had to make some compromises, but I also had to add or modify some of the features, which at the time of this posting is still work in progress.

One of the features I've added is the gallery. I wanted it to work in the same (dynamic) way as on my last site while still seeming integrated into :wp:. I might be posting the source for that at a later time.

The old Scrapbox have had a namechange and is now known as The Page Formerly Known As Scrapbox. Okay, I figured that name would be a bit tiresome to say or write, so decided on just calling it Codebin.

I initially attempted to use the a combination of standard blog entries assigned to specifik code categories along with the Simple Syntax Highlighter plugin, however after having add all my code manually, I found that the only way I could filter the code category from all the other posts on the front page, was to loop through all the posts and simply skip any post which was in a specific category. Now this was all fine and dandy in theory, however, a minor issue I found with this was, the total number of posts still included the skipped posts, which in turn made :wp: add a lot of blank pages *sigh*.
The codebin is now just a reworked version of the old Scrapbox, has the same features, only thing it's missing at this moment is a link to download the source code with. Fear not though, it will be added As Soon As Possible :)

This ended up being a lot more babble from me than originally intended, guess I just felt like writing a lot of nonsense :)
There's still a lot of work to be done on this "new" site, but I'm confident that I'll have it all done before the end of this decade. Just need to implement my Books database (still have some minor SQL queries I need to have finetuned).
Make some minor code/design changes here and there and ofcoure actually put something on the various pages, such as the Wishlist and About ;) everything in due time :-)
Posted by briped at 08:13